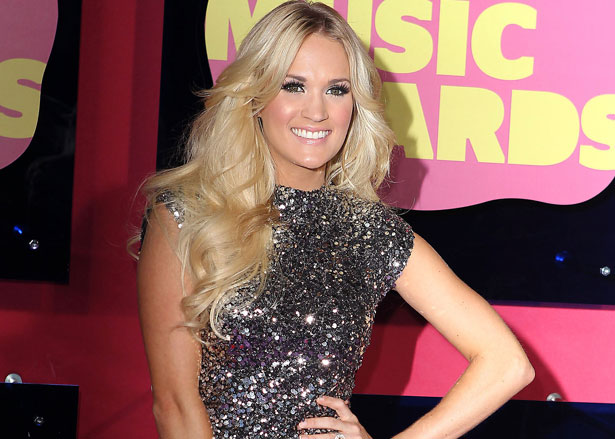 Carrie Underwood shared an adorable photo on Instagram about her new morning routine.

Every new parent can tell you that many things change when your little one comes into your life. One of those things are the images that come across your television screen. No more adult crime dramas and depressing newscasts, now you get to watch cartoons and cheesy singalongs! Doesn’t sound that bad right?

According to Carrie Underwood it’s pretty sweet. The “Heartbeat” singer posted a photo on Instagram showing little Isaiah watching a Disney show and letting her fans
know she was singing along to the “Hot Dog Song”.

I used to watch the news in the mornings. Now I sit in the floor with my cup of coffee and this munchkin and sing the “Hot Dog” song! I think like it better this way! #whodathought #bestwaytostarttheday

When Underwood isn’t singing along to Isaiah’s favorite songs, she is becoming an active force in the fight for women in country music. She was approached by the Academy of Country Music about being a part of their Party for a Cause where she suggested an all women concert.

“I was like, ‘Can we just ask girls?’ I just personally think that’s a more interesting bill because everybody is unique. Everybody has their own sound, their own look, their own kind of music, their own voice.” Underwood said.

“There are a lot [of women] right now just waiting for their chance,” Underwood continues.

“I refuse to believe that women don’t want to hear women. When we would start talking about potentially playing different shows, other people would talk about, ‘Oh, well, we kind of already have a girl on our roster.’ Or, ‘We already have a girl at the show so we can’t have another one.’ We’ve always been outnumbered by the boys.”

Underwood got her way and will host the Women of Country night on April 1 at the Las Vegas Festival Grounds. Women included so far are Cam, Maddie and Tae, Kelsea Ballerini, Kellie Pickler, Lauren Alaina, Kelleigh Bannen, and Jana Kramer, with more to be announced!