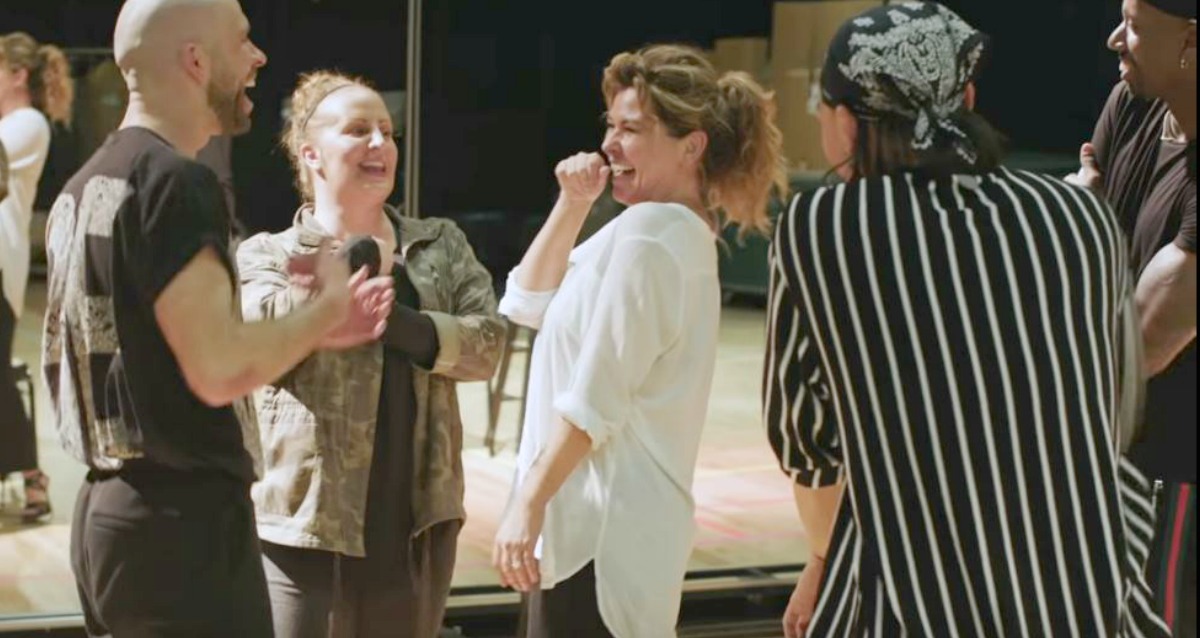 Shania Twain and her tour crew have graciously recorded a behind-the-scenes mini-documentary for fans to see what goes into the show!

What’s better than seeing Shania Twain LIVE on tour? Well, nothing is, but a close second is getting to go backstage and see all the hard work that goes into the show!

With the recent release of a mini-documentary about the Shania Now tour, we all get to see and hear from the people that are responsible for entertaining thousands of Twain fans.

The video starts out with scenes from one of the live shows and we see it is a full production, complete with multiple big screens, amazing lights, and smoking hot background dancers.

Cut to Los Angeles, where the rehearsals for the tour took place, and we see Twain with headphones on as the dancers practice.

“The rehearsal period is challenging, there is a deadline and a difficult schedule like that but it’s fun” Twain says in the video.

Back to back shows in London. Thanks to everyone who came! ❤️ Toronto next. #ShaniaNOW

The tour will feature both fan favorites and new music from Shania Twain, the video itself features the song “Man! I Feel Like a Woman” so we know for sure the oldies aren’t getting left behind in the 2018 tour.

“It’s been really fun to see how we can match the old classics that people are familiar with and then how we stage these news songs to help introduce them. It’s a completely new show, totally different from anything you’ve ever seen from Shania Twain before” says Creative Director Rob Sinclair.

Life is loaded with exciting things right now, being on this tour and taking it around the world, connecting with you guys every day. I'm really enjoying myself!⠀ 📷@andrewpotterphoto 📍 @littlecaesarsarena

Metal-wire dummies act as stand-ins as the crew practices the dance moves and stage placement, the whole process appears to be very intricate.

“We are making a lot of progress but I’m almost sad when rehearsals are over because it’s a really bonding period for everyone that’s behind the making of the show” Twain said.

Twain herself was the architect of the show with the idea that people would be popping up in unexpected places, keeping the audience on their toes but making for a lot of moving parts in the show.

Most of the moving parts are the dancers of course.

“Dancers are a huge part of this show, we have a lot of interaction. When we are dancing we point to the boxes [on stage] and there is the band of the boxes” says KC Monnie, Assistant Choreographer.

The boxes that Monnie is referring to double as big screen televisions projecting different shapes and textures that give the entire stage a dream-like appearance.

Please meet the very extraordinary musician that is @joshuaraygooch! #ShaniaNOW

It is really hard to explain, luckily we don’t have to because you can watch for yourself below!