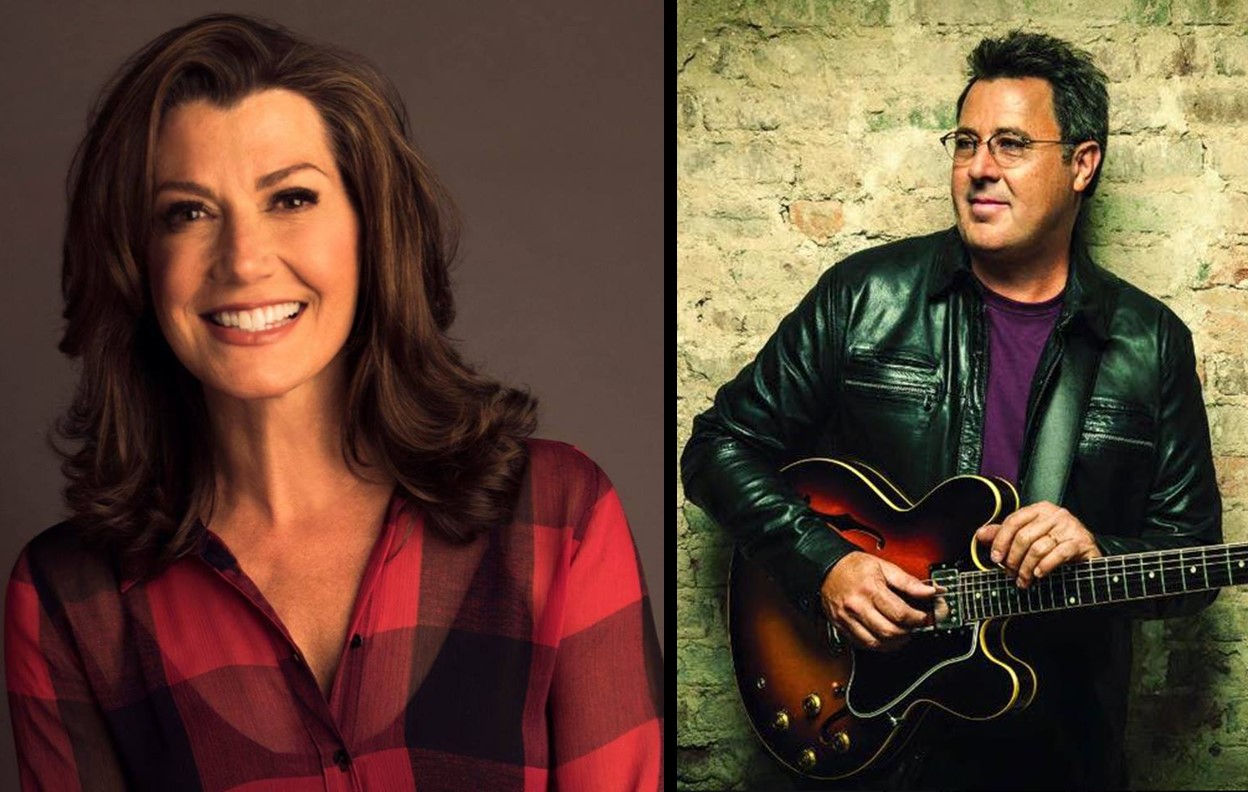 Amy Grant holds the Christmas season especially close to her heart thanks to husband Vince Gill and their 'Christmas at the Ryman' shows. More here!

Amy Grant and Vince Gill have returned to the Mother Church for an unprecedented ten-night stand performing their beloved ‘Christmas at the Ryman’ show. The annual holiday tradition kicked off on December 6th and will run through December 21st, tickets can be purchased here.

“We’ve got ten shows this year, and every year it’s a mystery to us – we wonder ‘Do you think they’ll be back? Do you think people will come?’ But, everyone during the holidays just wants something meaningful to experience alone or with the family, and people they love. We had so much fun putting this show together,” Amy Grant recently shared with Sounds Like Nashville.

This special series of holiday shows is also special to Amy because she gets to perform alongside her husband of seventeen years, Vince Gill, “When Vince and I do these Christmas shows, we have a chance to be reminded of how we really fell in love with each other – and it was doing these Christmas shows.”

The pair first met in 1993 and were certainly on parallel paths— both were successful artists married to other musicians. The stars quickly formed a strong friendship and weathered the storms spun out from their troubled marriages. In 1997, Gill split from wife Janis Oliver of the country band Sweethearts of the Rodeo and Grant divorced husband Gary Chapman in 1999. A few months later, Vince and Amy stepped out publicity as a couple and wed on March 10, 2000. Grant’s three children Matt, Millie, and Sarah combined into a blended family with Gill’s teenage daughter, Jenny. The couple also welcomed their daughter Corrina into the family on March 12, 2001.

During this interview, the songstress also revealed the key to making their marriage work— a little space.

“I think that the secret is that we both still travel so much. We have opportunities to miss each other. I think that one thing we have discovered – not that we were the first to do so – but anytime you see someone that you care for doing something that they do well or are passionate about doing, it reminds you of how much you care about them,” Grant wisely reflected.

To boost the holiday mood, listen to Amy Grant and Vince Gill’s cover of the holiday classic “Baby, It’s Cold Outside” below!