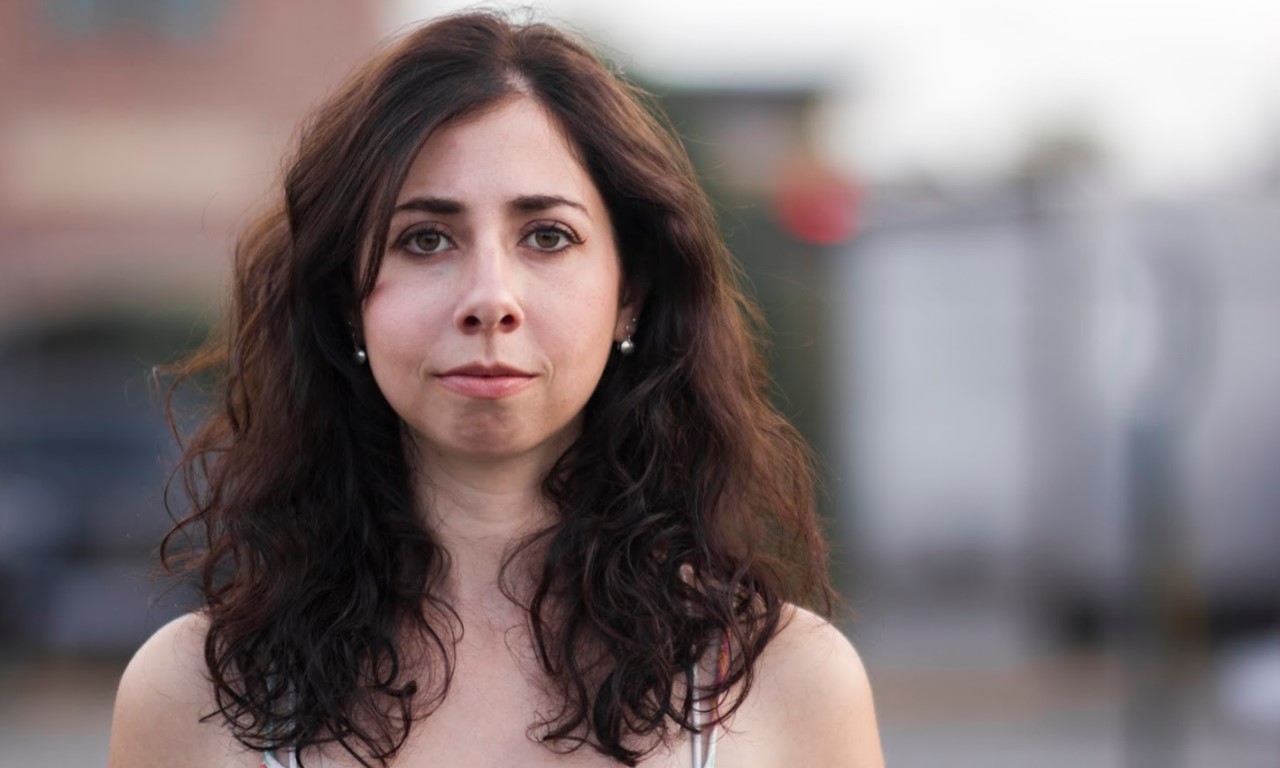 Let singer-songwriter Amber Ikeman's riveting voice sweep you up and carry you away! Enjoy the debut of her awe-inspiring "Wild Buffalo" music video here.

Amber Ikeman‘s spirited, earthy folk music carries audiences across the open spaces of the American West and into the depths of their souls. With powerfully clear vocals and raw, confessional lyrics, she tells stories of self-discovery, resilience, and wildness.

Perhaps this is because Amber always had a wandering spirit. She was born in Toronto, Ontario, Canada and moved to Sarasota, Florida at age 10, where she would often sit in math class writing poetry and lyrics. Raised on Joni Mitchell, Joan Baez, and Cat Stevens, Amber also loved intense romantic music like Puccini’s operas. She picked up the guitar when she was 12-years-old and started playing local songwriter showcases at age 13.

After college, Amber felt pressured to become an “adult.” The only thing she ever wanted to do was make music, but she felt trapped by the things she thought she should do and was afraid that a music career would be too hard. She got a job as a Teen Director at a non-profit in her hometown, had health insurance and her own apartment. On the surface, it seemed that she had a comfortable life. But deep down she was struggling, depressed, and unfulfilled; she knew something had to change.

When she turned 25, Amber quit her job, sold everything that didn’t fit in her car, and drove across the country for the first time – by herself – to work as a dishwasher in Yellowstone National Park. She wasn’t coming back.

The artsit finally felt home among the mountains, geysers, and wild spaces of Yellowstone. After the season ended, she drove around the United States alone for five months, tirelessly searching for herself. She visited every place she’d ever dreamed of, slept on couches, and wrote lots of songs.

Near the end of her nomadic quest, she had enough material to record an album and the guts to finally do it, so she teamed up with Chris Cunningham from Basecamp recording studio in Bozeman, Montana. Her album, Free, was named one of Southwest Montana’s top local albums of 2015.

Her latest track, “Wild Buffalo,” serves as the first single from her upcoming album, which will be released in early January 2018. The inspiring singer-songwriter is also planning a cross-country tour in 2018. (Be sure to keep up with her whereabouts via Facebook.)

“I’ve felt a lot of pressure to “settle down” and do the things that society tells us we’re ‘supposed’ to do. ‘Wild Buffalo’ is a response to that. When I wrote it, I felt compelled to say that I don’t need someone else to complete me or bring me happiness – I can create it on my own. On a broader level, the song is about blazing your own trail and honoring who you really are instead of who you’re expected to be,” Ikeman candidly explains.

Clearly, Amber has developed a fierce commitment to honor her art and her deepest longings. Let her music reveal your hidden dreams, and inspire you to be courageously yourself. Enjoy the exclusive premiere of her soaring “Wild Buffalo” music video below!

We can’t get enough of Amber’s strong vocals joined with breathtaking Montana scenery. Yes, we will run with wild buffalo and fly with summer birds…

Be sure to share this exciting emerging artist with other fans of country and folk music!