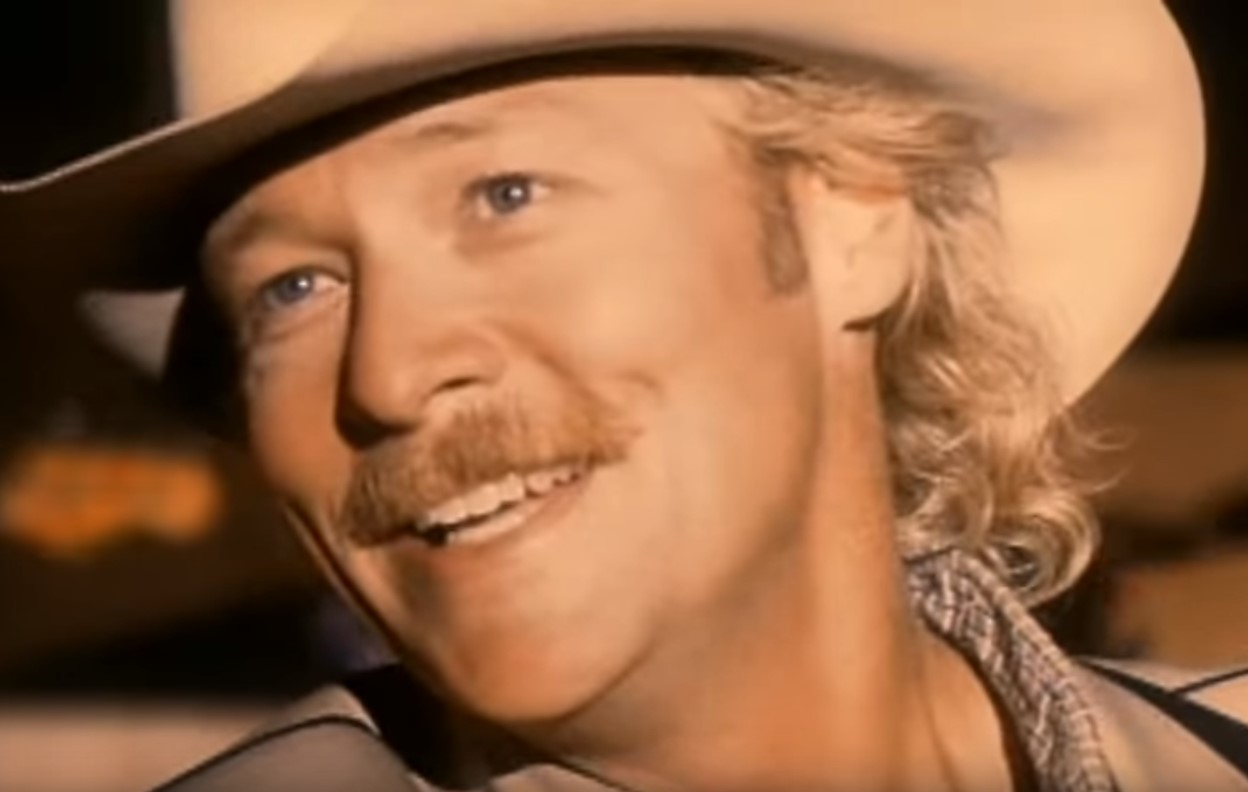 Country music icon Alan Jackson put his own spin on "Pop A Top" back in the late 1990s. Watch the official music video here!

Country music legend Alan Jackson covered Nat Stuckey’s “Pop A Top” and it served as the lead-off single from his 1999 album Under the Influence. The Georgia native’s version peaked at number 6 on the Billboard Hot Country Singles & Tracks chart. Watch the official music video below!

Pop a top again
I just got time for one more round
Set ’em up my friends
Then I’ll be gone
Then you can let some other fool sit down
I’d like for you to listen to a joke I heard today
From a woman who said she was through and calmly walked away
I tried to smile and did a while but it felt so outta place
Did you ever hear of a clown with tears drops streaming down his face.
Pop a top again
I think I’ll have another round
Set ’em up my friend
Then I’ll be gone and you can let some other fool sit down.
Home for me is misery and here I am wasting time
‘Cause a row of fools on a row of stools is not what’s on my mind
But then you see her leaving me it’s not what I prefer
So it’s either here just drinking beer or home remembering her.
Pop a top again.