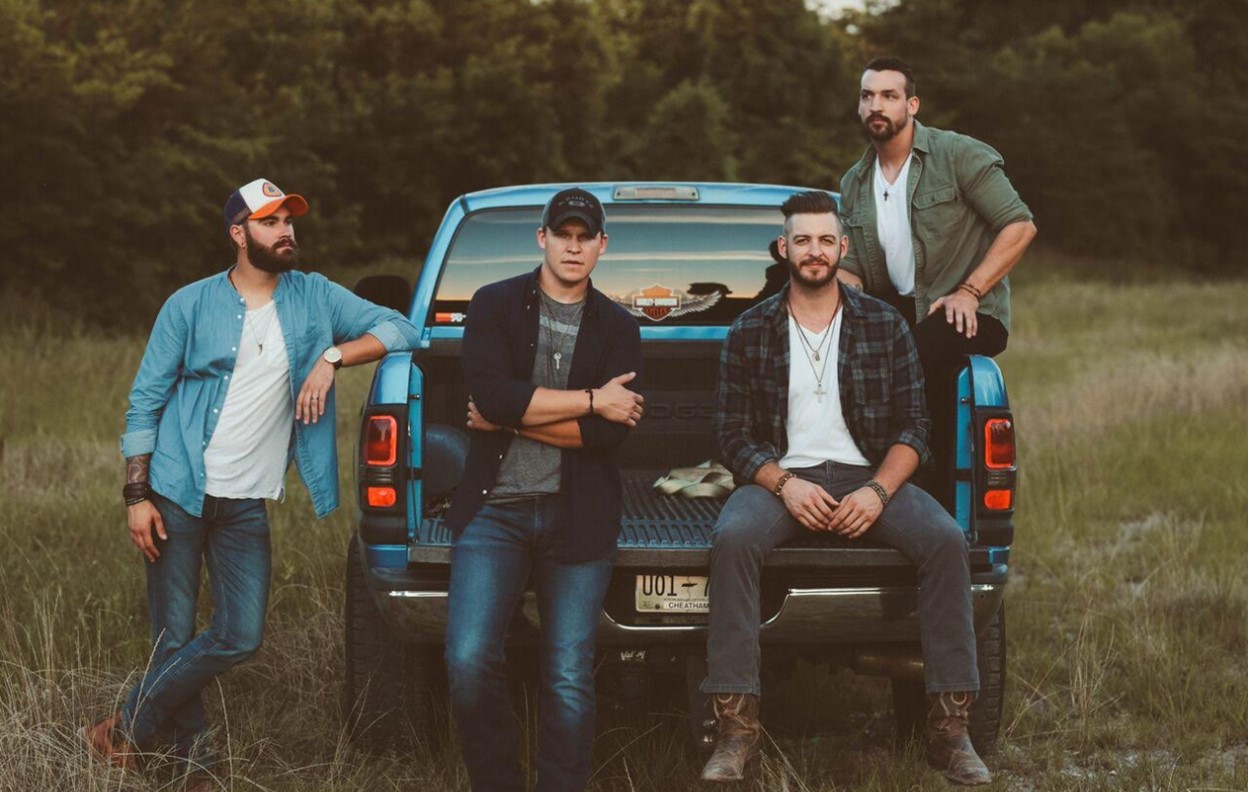 The 64th Annual Nashville Christmas Parade on Saturday will be headlined by emerging country music group, Adairs Run. Check them out!

If you’re looking for your new favorite band, look no further. With relatable lyrics and an edgy, rock country sound, Adairs Run’s storytelling captures an honesty and purity reminiscent of their southern West Virginia roots.

“Country music really speaks to us through the storytelling aspect that it encompasses,” said Todd Cameron, lead singer. “The moments we want to relive, the experiences we’ll never live down, and the memories that we all still talk about is the main root in any of the songs we write. Our goal is to recreate those stories that we are passionate about and ensure that the fans can instantly relate to every part from start to finish.”

The band has come far since members Cameron and Pat Pollifrone moved to Nashville, prompting the additions of Ian Daugherty and Jake Lalonde. In May 2016, they released debut EP Turn Back the Miles – which included a track featuring famed rock artist Chris Daughtry called “Wild Heart.” They released a follow-up, self-titled EP – featuring single “Undefined” – in 2017. Aside from their time spent in studio, Adairs Run has toured extensively throughout the east coast and upper Midwest, opening for national acts like Jake Owen, Florida Georgia Line, LOCASH and Chase Rice, among others.

Check out “Wild Heart” below!

“Getting to be an act in Nashville’s Christmas Parade this year is an honor, and such a great opportunity,” Cameron shared. “To get to perform for such a vast audience nationwide is truly going to be one of the best experiences we will ever have in this journey of our music career!”

The parade begins at 8:30 a.m. CST and will air live on ABC Nashville’s affiliate, WKRN. For a complete list of affiliates, click here.

To check out Adairs Run, visit their official website.