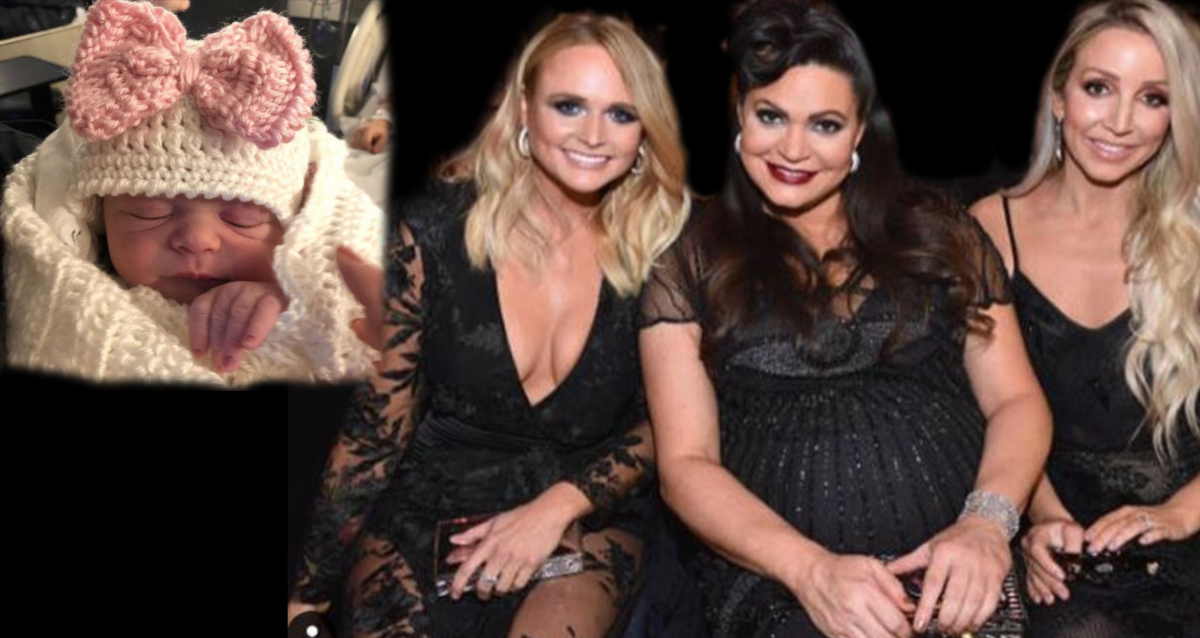 Happy news in the country music world, there is a Pistol Annies baby! The all-star trio of Miranda Lambert, Ashley Monroe, and Angaleena Presley are celebrating together over the arrival of Presley’s second child, a baby girl.

The baby girl was born this past Tuesday Jan 22nd at 7:49am and her name is Phoenix Joeleena Jean Powell. The little girl already has a strong sense for music and is described as “fierce” by her mama.

Presley said that the delivery got off to a bumpy start, but ended up being solved by playing some good ol’ country music.

“Last night, when we were admitted to the hospital before delivery, Phoenix’s heart rate got up really high and she was kicking the crap out of me” Presley said.

“It was nothing a little music couldn’t fix, though. “To try and calm her down, Jordan played the Kentucky/Texas combo of a Loretta [Lynn] and Willie [Nelson] duet up against my belly,” Presley continued. “Within 15 seconds, her heart rate dropped to normal and she relaxed. I guess she knew already where her roots were … nothing like a piece of home to heal a heart.”

That wasn’t the first time that music has calmed down little Phoenix though, one of her namesakes helped during the pregnancy. The little girl is named after a friend of Presley’s, Tony Joe White.

“After Tony Joe passed away in October and we decided to name her Joeleena, three different times during the last couple months, we would try and get Phoenix to move or kick if she hadn’t done it in a day or so,” husband and father Jordan Powell recalls.

“All three times, nothing we tried seemed to work until I came up and played Tony Joe’s ‘Polk Salad Annie’ and she would start kicking and dancing and rocking out. Every time,” Powell continued. “He was either looking down on us or his groove was that infectious. Maybe both.”

In addition to Tony Joe, the little girl is named after the family members of her parents.

Powell said that their daughter’s first name was one the family chose “all together,” and the other parts of her name were attributed to family.

“Joeleena is a combination of my friend Tony Joe White, who passed away a few months ago, and ‘Leena,’ which is a family name from Angaleena’s side,” the new father said. “Jean is my grandmother’s name. She’s 92 and helped raise me.”