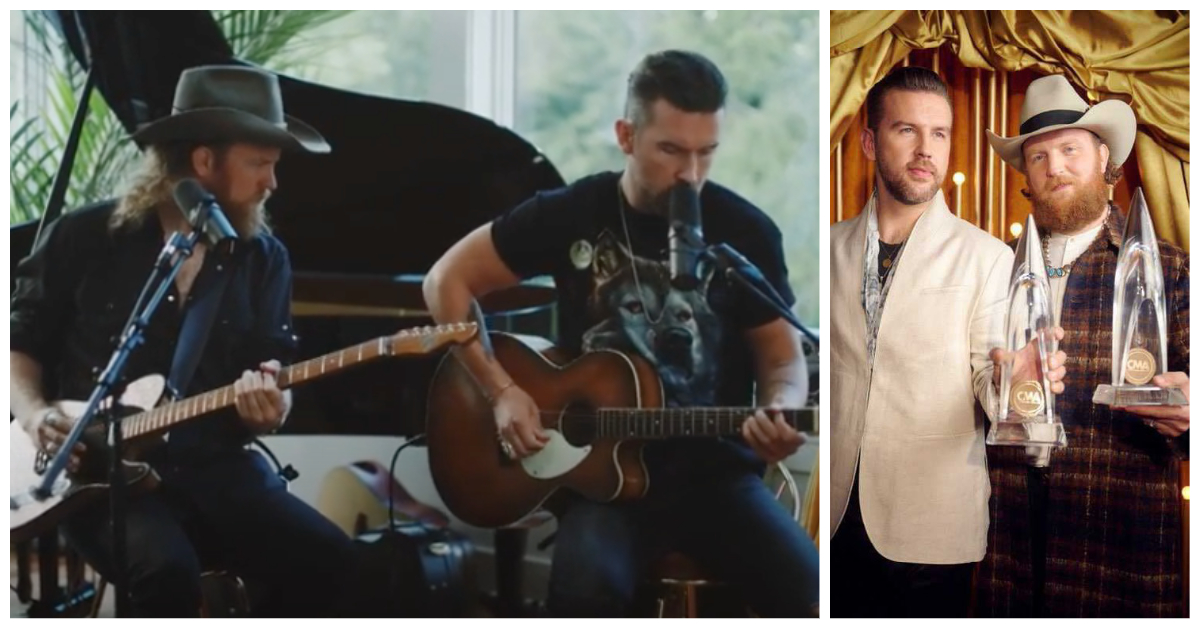 Brothers Osborne is an American country music and Bluegrass duo consisting of brothers T.J. Osborne (lead vocals, rhythm guitar) and John Osborne (lead guitar, background vocals).  Their musical style takes influence from Southern rock, and outlaw country, with particular emphasis on the styles of T.J.’s lead vocals and John’s guitar playing.  Brothers Osborne won the 2022 CMA award for “Vocal Duo of the Year” becoming their 5th win in this category.  Check out this set of interesting facts about the brother duo below.

2)  Their song  “Stay a Little Longer” became a top five hit on the Billboard Hot Country Songs and Country Airplay charts and grew early recognition to the brother pair.

3)  Their debut studio album was titled Pawn Shop and was released in 2015.  Since then, Brothers Osborne have released the albums Port Saint Joe (2018) and Skeletons (2020).

4)  John Osborne is married to British singer-songwriter Lucie Silvas. The two met in 2007 during a songwriting session and married in June of 2015.  That same year, John played guitar on and co-produced Silvas’ studio album Letters to Ghosts.  . John and Lucie sporadically tied the knot in the most low-key way imaginable— in their living room with only a minister, Silvas’ pal Sonya Jisinski, and country star Maren Morris as witnesses. The pair exchanged Ring Pops instead of wedding rings and their dog, Barley, was also on the scene.

5)  The duo attracted further media attention in February 2021 when T.J. came out as gay, making him the only openly gay country music artist on a major label.  TJ appeared on the The Ellen DeGeneres Show on Thursday (February 4, 2021 to talk about coming out as gay after he had announced the news earlier in the week in an article featured in TIME magazine. 6)  Brothers Osborne is a highly awarded country music duo – they have received five awards from the Academy of Country Music, four awards from the Country Music Association, and seven nominations from the Grammy Awards. 7)  In 2018, the brother duo teamed up with their three siblings to give their mother, Trish, a huge surprise— her very own home in Nashville, Tennessee! The pair broke the news to the family matriarch during a sit-down interview with CMT Hot 20 Countdown‘s Katie Cook. Remember to “share” these interesting Brothers Osborne facts with other Country Music fans !
View Comments (0)
Country Fancast ×