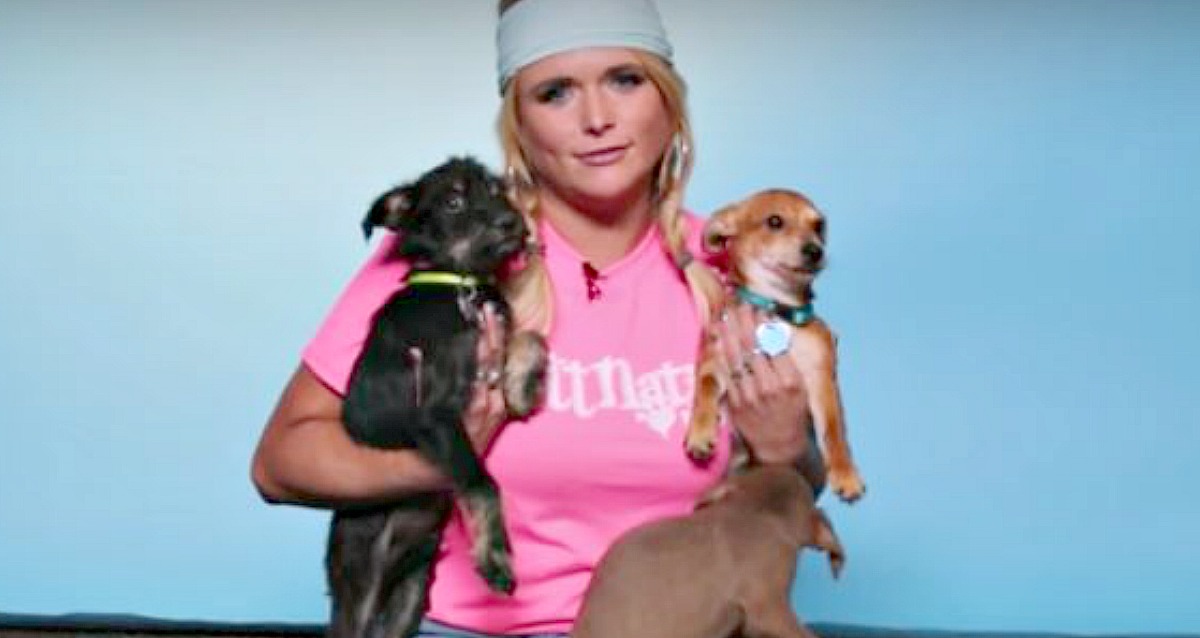 Could Miranda Lambert get any more adorable? Watch as she plays with rescue puppies and answers some questions from her fans.

Miranda Lambert says in the beginning of the interview below “I can’t even deal with this” and honestly we hardly can either. Lambert recently sat down to answer some questions from her fans while holding three ADORABLE rescue puppies – because why not?!

Lambert is famously known for her over-the-top love for animals. She even started a rescue group of her own called the MuttNation Foundation which has helped countless animals find new homes after being rescued from shelters.

However, not all the animals are sent away to live with other families. As of May 2017, seven lucky dogs, four fortunate cats, five happy horses and two marvelous mini horses call Miranda Lambert “mom”.

Spring fed happiness! The pups and I (party of 7) went on a 2 mile hike today! And then we rode our ponies. Farm life is the good life. #saturday #dogmom #rescuelove

The first question Lambert answered was “what was the worst thing your dog has chewed on?” and Lambert said that it was a Louis Vuitton purse that was a gift and sadly got its handles chewed off by a hungry pup. She claims that is the reason she “doesn’t own nice things”. Lambert said “my dogs are more important than nice things I realized”. That’s pretty sweet!

The next question was “what non-country artist would you like to collaborate with” and her answer was “Beyonce”!

How awesome would it be to see a Lambert/Beyonce music video? We really hope that one happens.

The next question was about her favorite mixed drink which any fan of Lambert knows she loves her Titos vodka and La Croix soda water.

When asked what her favorite song or album that she wrote was she said “I don’t have a favorite, they are all my babies, like my dogs”. Although she did admit she really enjoyed making her most recent album The Weight of These Wings.

She went on to name her favorite place to eat in Nashville and to explain what motivated her to start her charitable organization MuttNation.

You can watch the entire interview below!