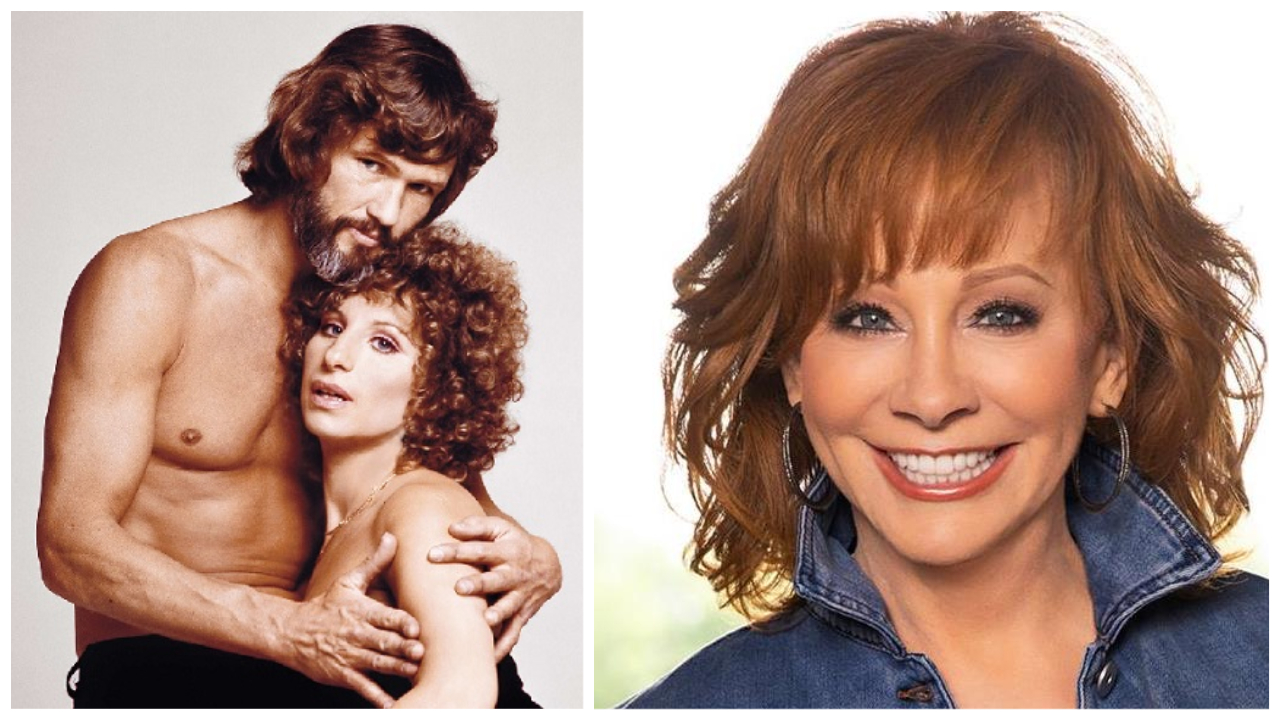 We have also included the list of 22 Country Music Stars Who Acted and a summary of their key roles.

#1 Reba McEntire – Reba is well known from staring in her own successful TV sitcom and she also conquered Broadway, in 1990, McEntire acted in the sci-fi comedy horror hit Tremors. Due to schedule conflicts, Reba turned down playing the role of Molly Brown in the hit film Titanic. Reba also provided her voice to the animated films Charlotte’s Web and The Fox & the Hound 2.

#2 Randy Travis – Randy appeared in both TV roles and feature films including:  Fire Down Below, Black Dog and National Treasure: Book of Secrets. Prior to his 2013 stroke, the country icon played the role of the deputy director of the CIA in Jerusalem Countdown.

#3 Dolly Parton – Parton made her debut in 9 to 5, a successful comedy film. She co-starred with screen vets Jane Fonda and Lily Tomlin. ‘Rhinestone,’ which paired her with Sylvester Stallone, was not a success.  Parton returned to the big screen for A Joyful Noise, which she starred in with Queen Latifah.  Dolly is also known for her Coat of Many Colors and sequel.

#4 Trace Adkins – made his debut in 1987 as a member of the Bayou Band in the Rob Lowe-Winona Rider film Square Dance, Adkins appeared in Trailer Park of Terror, 2010’s Lincoln Lawyer with Matthew McConaughey and The Virginian, Mom’s Night Out.

#5 Carrie Underwood – she was the voice to a character for an episode of Sesame Street.  Carrie played Sarah Hill in Soul Surfer and she played Maria in the 2013 televised production of Sound of Music Live!

#6  Toby Keith – he appeared in the film Broken Bridges in the role of Bo Price (a washed-up country artist).  The movie also starred Kelly Preston, Burt Reynolds and Lindsey Haun.  Keith wrote and starred in the 2008 movie Beer for My Horses which is based on the 2003 hit song of the same name by Willie Nelson and Toby Keith.

#7  LeeAnn Rimes – played a role in Holiday in Your Heart that is based on a book that she helped write.  She starred in the popular film Coyote Ugly.  She hosted the country music TV competition Nashville Star.  She played Meg Galligan in Northern Lights.  LeeAnn also appeared on the fourth season of The Masked Singer and won the competition.

#8  Dwight Yoakam – was an actor even before becoming a musician. He played the screen villains in such films as Sling Blade, Bloodworth and Panic Room.
#9  Willie Nelson – Willie made his acting debut alongside Jane Fonda and Robert Redford in 1979’s Electric Horseman.  He followed with roles appearing in everything from Honeysuckle Rose and Barbarosa to Wag the Dog and Austin Powers: The Spy Who Shagged Me. He appeared in the Dukes of Hazzard remake, taking the role of Uncle Jessie.

#11  Billy Ray Cyrus – Billy’s acting roles included:  2001 for the role of Gene, the pool cleaner in David Lynch’s thriller Mulholland Drive. In 2010, he was in The Spy Next Door with Jackie Chan. He appeared in the 2001 action flick Radical Jack.  He also appeared with his daughter (Miley Cyrus) on the TV Show Hannah Montana.

#12  Faith Hill – she appeared in the 1997 TV series Touched by an Angel and the spin off series Promised Land.   She co-starred on The Stepford Wives and appeared in Dixieland.

#14  George Strait – appeared in The Soldier.  He starred in Pure Country and played the lead role of Dustry Chandler.  He also appeared as himself in Grand Champion.

#15  Miranda Lambert – Miranda appeared on the country singing competition The Nashville Star.  She served as an advisor on The Voice TV show and appeared on the TV Series Law and Order Special Victims Unit.

#16  Glen Campbell – He appeared in films such as The Cool Ones and Uphill All the Way.  His best know role was for True Grit where he played a Texas Ranger alongside John Wayne’s iconic character (Rooster Cogburn).  Glen starred in another Western titled Norwood.

#18  Kix Brooks – Kix appeared in several film roles including:  8 seconds, A Country Christmas, Dug Up, Home by Spring, and A Nashville Christmas Carol.  He appeared in the TV shows King of the Hill and A Steak out with Kix Brooks.

#19  Jerry Reed – His acting career kicked off in 1972 with a voiceover role for a Scooby Doo series. He appeared on television shows, including Nashville 99 and Mama’s Family.  He was best known for his role in the three Smokey and the Bandit films.  Reed starred as Cledus Snow or “Snowman.” He also penned and sang the film’s theme song, “East Bound and Down.”

#20 – Blake Shelton – Blake is most known for his role as a coach on The Voice TV show.  He has appeared in several films including:  The Christmas Blessing, I’ll Be Me, The Ridiculous 6.

#21  Kris Kristofferson – His film career spans 40 years and more than 100 movie roles.  We won a Golden Globe award for Best Actor in 1976’s A Star Is Born. Kristofferson tackled a diverse set of roles including:  sci-fi (the Blade series) to comedy (He’s Just Not That Into You) to family fare (Dreamer). a role in the indie drama Bloodworth,

#22 Kenny Rogers – appeared as “The Gambler” from his iconic song that became a made for TV series.  He also appeared in the films Six Pack and Longshot.