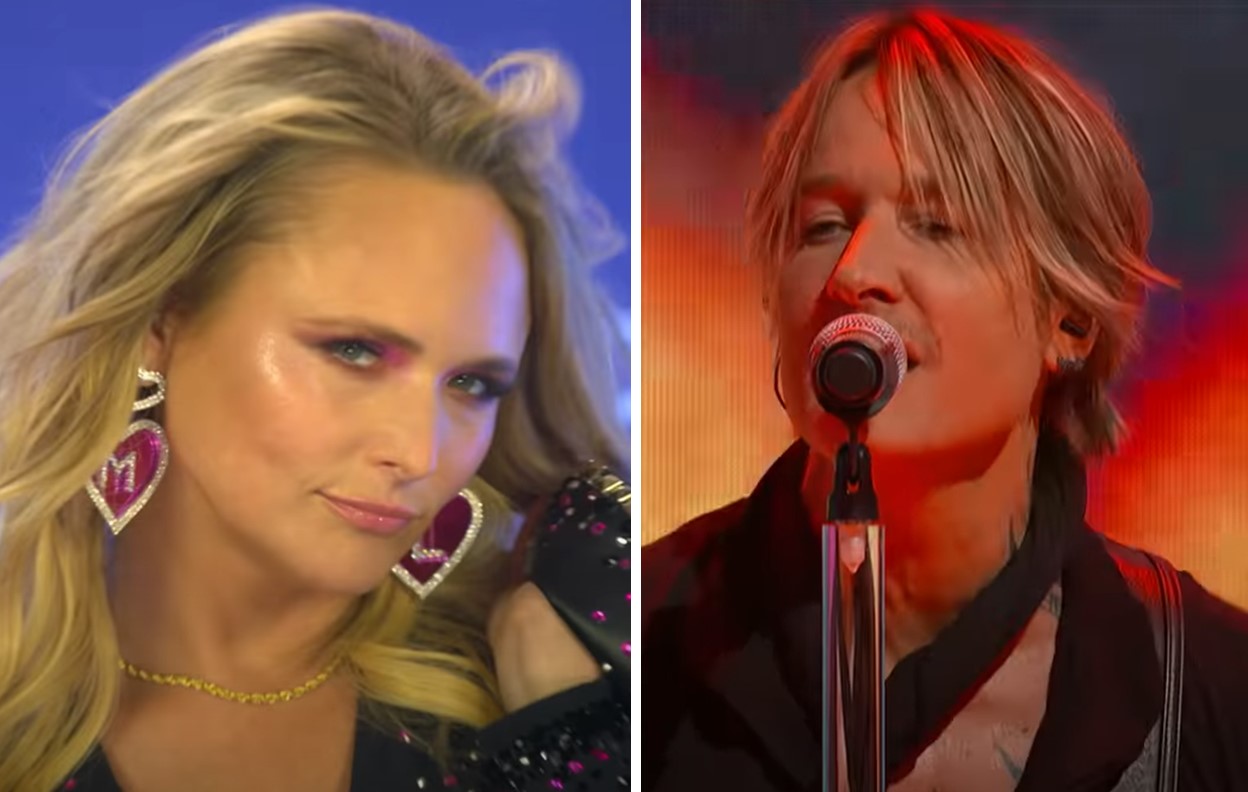 The 2021 ACM Awards performances were on fire last night and came together from multiple locations across Nashville! Watch them here...

Kicking off the show, Miranda Lambert and Elle King rolled up to the Grand Ole Opry House in style, wearing fringe-laced black leather motorcycle jackets and taking over the stage with the world television premiere of their party anthem, “Drunk (And I Don’t Wanna Go Home).”

Thomas Rhett performed “Country Again” and followed up with the premiere of “What’s Your Country Song.”

Chris Stapleton performed “Maggie’s Song” and was joined on The Bluebird Cafe stage by Miranda Lambert.

Married artists, Maren Morris and Ryan Hurd sang, “Chasing After You,” for their first duet together and Hurd’s television award show performance debut.

Lady A rocked Nashville’s Bridge Building with their song “Like a Lady,” and Ashley McBryde performed “Martha Divine.”

Jimmie Allen was surprised by Brad Paisley for a duet of “Freedom Was a Highway,” while New Female Artist of the Year Gabby Barrett performed her single “The Good Ones” from the intimate Bluebird Cafe.

Dierks Bentley and duo The War and Treaty performed U2’s poignant classic “Pride (In The Name of Love)” at The Station Inn.

Introduced by the legendary Dolly Parton, Carrie Underwood performed a medley from her new album of gospel hymns, “My Savior,” starting with “Amazing Grace” and featuring a duet with CeCe Winans to sing “Great Is Thy Faithfulness” and “The Old Rugged Cross.” To finish the set, they were joined by the Belmont University Choir for “How Great Thou Art.”

Eric Church gave an energetic performance of his song “Bunch Of Nothing” at the Ryman.

Dan + Shay debuted their latest release “Glad You Exist” from the Bluebird Cafe with a smooth acoustic ballad performance.

Backed by a socially-distanced string orchestra, Luke Combs gave a passionate performance of “Forever After All” from the Grand Ole Opry House.

Most nominated and awarded ACM Artist, Miranda Lambert also performed and played along with her guitar to “In His Arms” with Jack Ingram and Jon Randall.

Kenny Chesney returned to the ACM Awards stage for the world television premiere of “Knowing You.”

The Academy also paid tribute to the lives lost in the Country community during the past year.

Alan Jackson performed two back-to-back hits, a special mashup of “Drive (For Daddy Gene)” and “You’ll Always Be My Baby.”

Blake Shelton celebrated the 20th anniversary of his first single “Austin,” and followed up with a performance of his latest single “Minimum Wage.”

Following their double win with Single of the Year Award and Music Event of the Year, Carly Pearce and Lee Brice performed their collaborated song “I Hope You’re Happy Now.”

Kelsea Ballerini and Kenny Chesney gave a touching performance of “half of my hometown” to honor their shared hometown of Knoxville, TN.

After performing, “I’m Not For Everyone,” at the Ryman, Brothers Osborne closed out the show with a heart thumping performance of “Dead Man’s Curve.”

Share these 2021 ACM Awards performances with other country music fans!