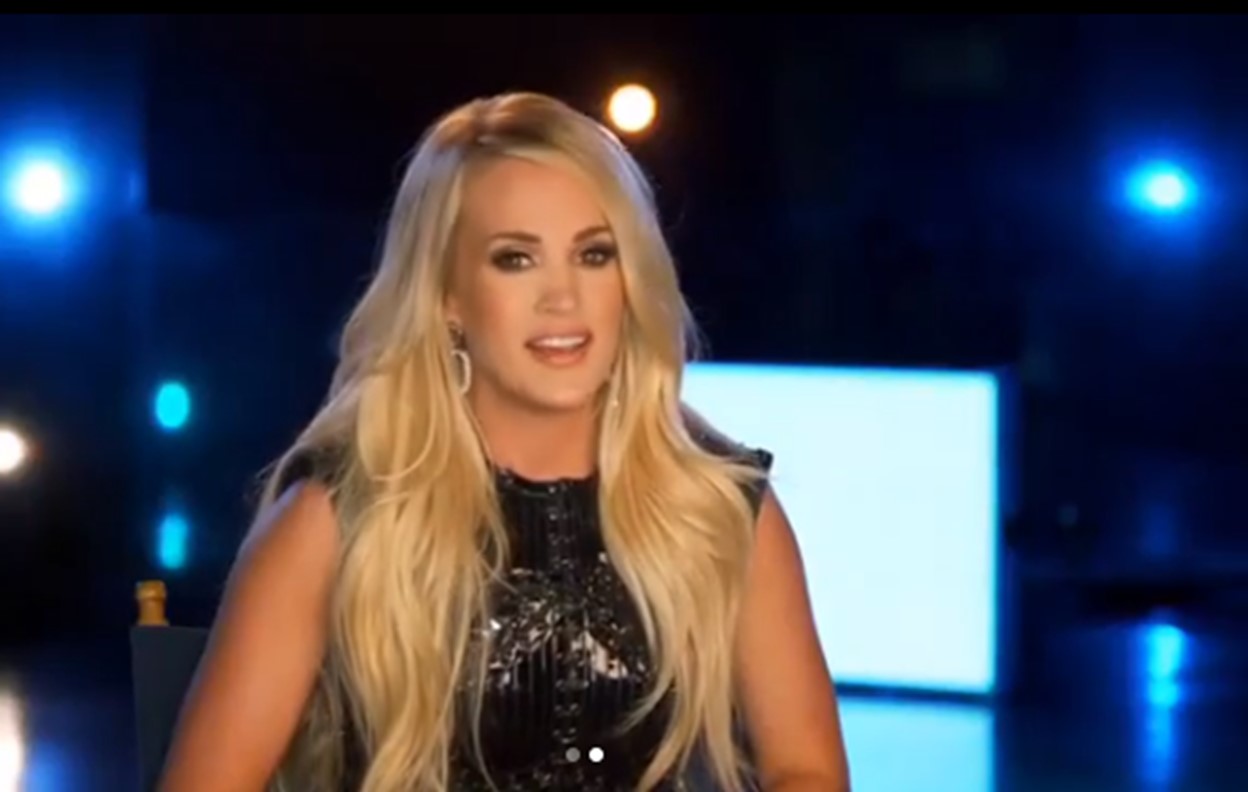 Enjoy a little behind the scenes sneak peek below! (Scroll right to see everything…)

The ten selected NFL players, who have accounted for 19 Pro Bowl selections, five Super Bowl rings, and four first-round draft picks, participated in the open and took part in shoots this summer. Check out this year’s participants:

The brand new show open features a new song performed by Underwood, “Game On,” which she co-wrote with Chris DeStefano and Brett James.

Fans can catch its television debut on Sunday, September 9th as the Green Bay Packers host the Chicago Bears! Don’t miss out and be sure to share this update with others!

By the way, the pregnant Oklahoma native’s sixth studio album is scheduled to drop on September 14th. In support of her latest, the star will be embarking on The Cry Pretty Tour 360 this May with special guests Maddie & Tae and Runaway June.

Alright you guys!!! I couldn’t resist… Here’s a sneak peek of a couple of songs from my new album! #CryPretty 😭 🎶 Digital pre-order available now! http://strm.to/CryPrettyAlbum