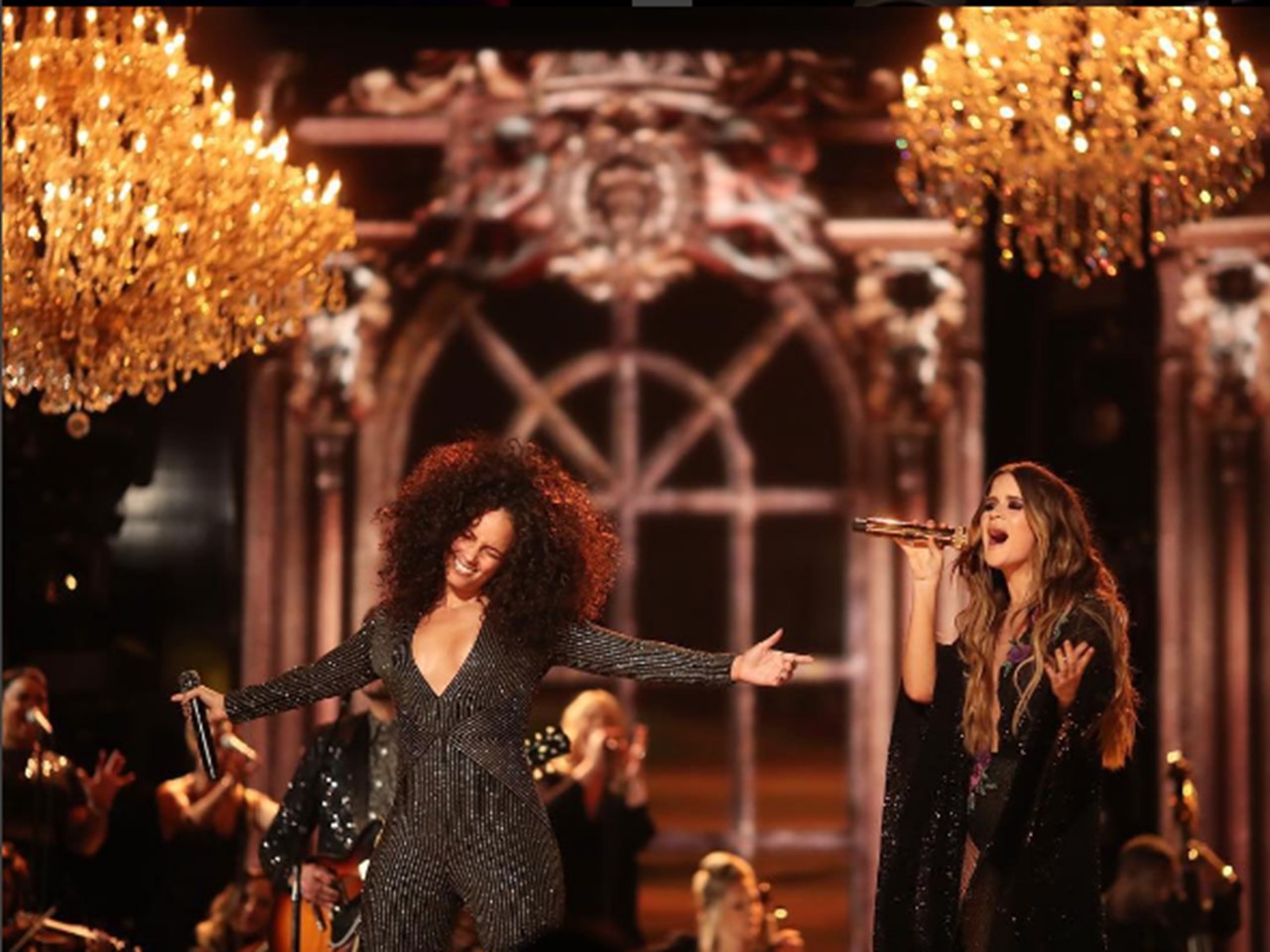 Maren Morris delivered the goods at the 2017 Grammy Awards.  Shortly after her heartfelt acceptance of the ‘Best Country Solo Performance’ Grammy Award for “My Church,” Maren Morris took stage alongside Alicia Keys to perform her stirring ballad “Once” off of her Hero album.

Watch the breathtaking performance below!

Obviously these two need to collaborate on a duets album ASAP.

Enjoy Maren’s acceptance speech below! It’s adorable that she brought her mother as her special date for the night.

Maren’s My Church song was released on her studio album “Hero”.  The music video debuted in January 2016 and features Morris driving an early 1970s Mercedes Sedan while picking up various passengers along the way.   Enjoy the official music video for her Grammy winning song.

Share this big career moment with other fans of the singer-songwriter!