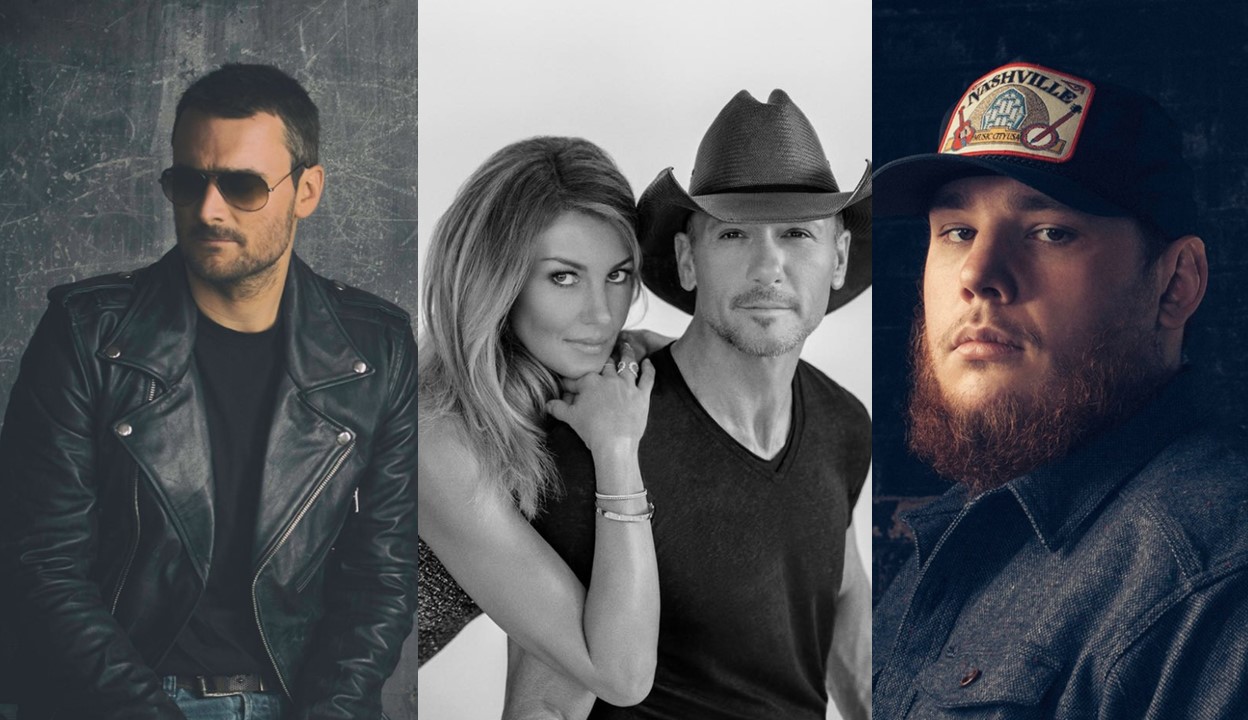 Get pumped for Wednesday night! Here's the current 2017 CMA Awards performers and presenters list. Check it out and see if your favorite artists will take the stage!

The 2017 CMA Awards are quickly approaching and will air live on November 8th on ABC at 8/7 central. The hosts for the evening will be country stars Brad Paisley and Carrie Underwood who are not only returning performers, but returning hosts for the tenth consecutive year as well.

Included in the stellar presenter lineup for the evening are two artists who are both nominated for the same award— country newcomers Luke Combs and Brett Young! This night will be huge for these two rising stars.

Luke Combs is nominated for CMA New Artist of the Year and it is well deserved after such a successful year for his music. Luke’s first album This One’s for You was a massive success and landed number one on Billboard Country Albums chart. From this album come notable songs such as “Hurricane” and “When It Rains It Pours.”

Well, half of the "Don't Tempt Me With A Good Time" Tour is over and it couldn't have been a better night to send off my good buddy @rayfulchermusic! This sold out show at @billybobstexas was literally one of the best nights of my career. Can't wait for some more!

Also nominated for CMA New Artist of the Year is Anaheim native, Brett Young. Brett’s story into the music industry is unique. After obtaining an injury, he hung up his baseball cleats and opened a notebook to start his songwriting journey. Brett’s first major single “Sleep Without You” was released in April 2016 and was only the beginning of success. His other extremely notable song “In Case You Didn’t Know” also was well received by fans.

This year, Brett kicked off his first big headlining tour with 21 venues on the schedule, running from October to December. The Caliville Tour crossed of a a big item off the “Mercy” singers bucket list. In his original press statement, Brett opens up about his emotions surrounding his tour.

“I am so excited to get to go out on my first ever headlining tour this year. It’s a pretty surreal feeling. I can’t wait to see all my amazing fans out on the road, and I’m honored to have the incredible Carly Pearce along as well.”

Fans can only guess what he is feeling to be nominated for a CMA Award as well as having the opportunity to take the stage!

Share this update with other country music fans and don’t forget to tune in!