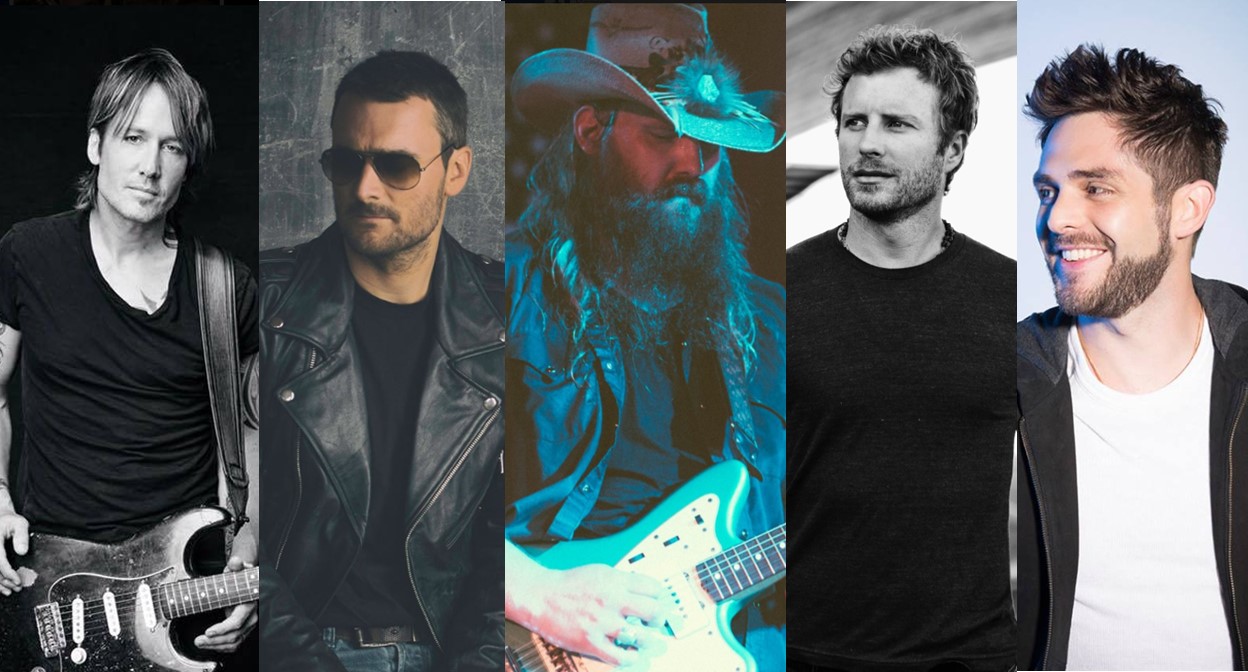 Competition for the 'Male Vocalist of the Year' award was fierce with Dierks Bentley, Eric Church, Thomas Rhett, Chris Stapleton, and Keith Urban in the running!

Country music singer-songwriters Dierks Bentley, Eric Church, Thomas Rhett, Chris Stapleton, and Keith Urban were all strong contenders for the ‘Male Vocalist of the Year’ category, but which hit-maker came out on top of the pack?

The 2017 CMA Awards ‘Male Vocalist of the Year’ is… Chris Stapleton!

Congrats! Chris Stapleton also won the honor in 2015 and 2016, breaking Blake Shelton’s impressive streak. Keith Urban scored the award in 2004, 2005, and 2006. Dierks Bentley, Eric Church, and Thomas Rhett have yet to score the coveted distinction.

‘Male Vocalist of the Year’ Winners By Year