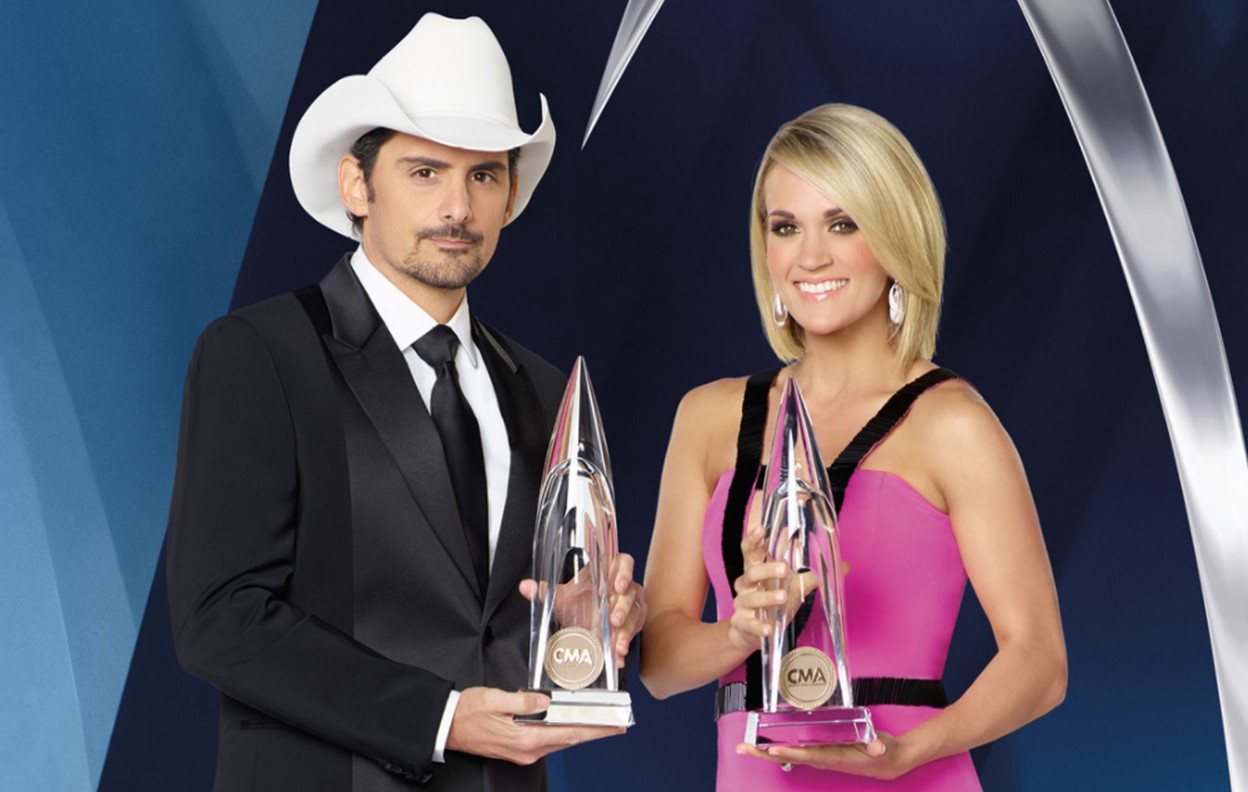 According to country music star Brad Paisley, the 2017 CMA Awards will be both respectful and uplifting. Check out what viewers can expect, here!

Last week, the Country Music Association received negative feedback when the organization released its media guidelines for the upcoming 2017 CMA Awards, which prohibited the media from touching upon on a series of important topics.

“In light of recent events, and out of respect for the artists directly or indirectly involved, please refrain from focusing your coverage of the CMA Awards Red Carpet and Backstage Media Center on the Las Vegas tragedy, gun rights, political affiliations or topics of the like,” the CMA’s guidelines originally stated. The message to journalists also included the following warning, “If you are reported as straying from these guidelines, your credential will be reviewed and potentially revoked via security escort.”

After getting backlash from the press and multiple country stars, including co-host Brad Paisley, the Country Music Association retracted the restrictions.

I'm sure the CMA will do the right thing and rescind these ridiculous and unfair press guidelines. In 3…2….1…..

“CMA apologizes for the recently distributed restrictions in the CMA Awards media guidelines, which have since been lifted,” the organization said in a statement. “The sentiment was not to infringe and was created with the best of intentions to honor and celebrate Country Music.”

Paisley applauded the CMA’s reversal of the restrictions and shed more light on plans for the 2017 CMA Awards.

Bravo CMA awards for doing the right thing & apologizing for this mistake. All are welcome, let's have a great show.

“The interesting thing about this year obviously is it runs the gamut from horrifying and awful occurrences to some wonderful things. So we have to somehow navigate that with our monologue. There’s no ignoring what we’ve been through in country music and in America this year. On one hand, we can acknowledge that and on the other, it’s our job to lift people up this week and celebrate this music. I think we’ve struck a good mix of that,” Paisley shared with CMT.

“I know of three different things that I would consider a tribute,” Paisley added. “This is one thing we’re good at in country music … therapy, and I think that’s kind of what we’re going to be this week in some ways. I hope to touch all the emotions this week.”

The 51st CMA Awards will be held at Nashville’s Bridgestone Arena and is set to broadcast live on Wednesday, November 8th at 8/7c via ABC. Though the program will have moments of seriousness, the West Virginia native promises that there will be plenty of lighthearted fun as well.

“Humor is an important aspect,” Paisley told PEOPLE. “It may be more important than ever that we make some people laugh this year.”

Don’t forget to tune in and share this update with other country music fans!