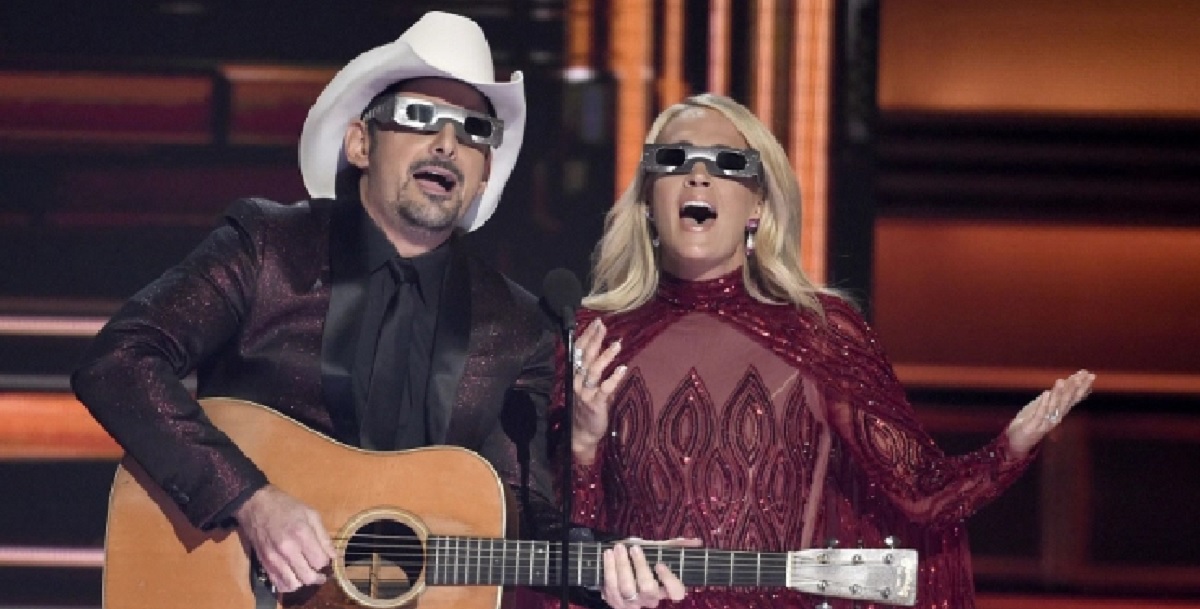 Watch this selection of highlight videos for the 2017 CMA Awards . . .

If you watched the CMAs or missed the big event, here are three great highlight videos for the biggest night in Country Music (The 2017 CMA Awards). Watch the ABC News highlight video as a recap to the 2017 CMA Awards.  Hosts Carrie Underwood and Brad Paisley dedicated the show to victims of recent mass shootings, terror attacks and hurricanes and didn’t shy away from politics in their 10th year hosting.

USA Today released their version of 5 Must See Moments:

In case you missed watching the full show, here is a complete list of winners.

Album of the Year
The Breaker, Little Big Town
From A Room: Volume 1, Chris Stapleton- WINNER
Heart Break, Lady Antebellum
The Nashville Sound, Jason Isbell and the 400 Unit
The Weight of These Wings, Miranda Lambert

Hope you enjoyed the recap videos for the 2017 CMA Awards.  Remember to “share” this with other Country Music fans.