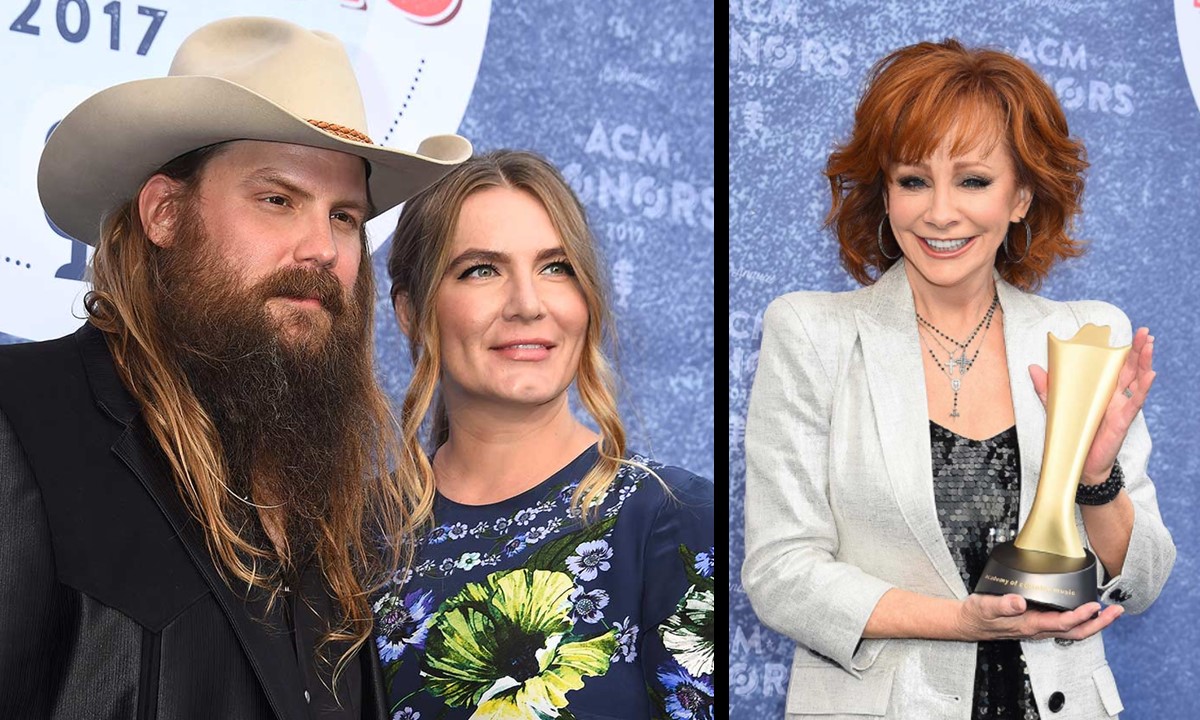 This year's ACM Honors was quite the occasion. Check out some of the night's best moments and learn when the event will air via CBS!

Lady Antebellum’s Hillary Scott kicked off the star-studded evening with a performance of “The Night The Lights Went Out In Georgia” and was then joined by Little Big Town’s Karen Fairchild to perform the duet “Does He Love You”. Little Big Town’s Kimberly Schlapman took to the stage for a rendition of “Little Rock.” After this stunning musical tribute to Reba McEntire, the three songbirds then presented the Oklahoman with the Mae Boren Axton Service Award.

“The Academy of Country Music has been so sweet to me,” said McEntire. “For you girls, my buddies, to sing my songs, that meant so much to me. Mae has always been my guardian angel. I miss her so much. And I’m so proud to be getting this award with her name on it.”

Later in the evening, Chris Stapleton performed “When Did You Stop Loving Me,” and Alan Jackson performed a medley of “Marina Del Rey” and “The Fireman” in tribute to George Strait before he accepted his award. Strait then took the stage and performed “Here For A Good Time” to wrap up the event.

“When I first started out on the road, I thought I had maybe five years to sing my songs,” Strait quipped. “Well, now it’s been 30 years, and I still love it. I’ve been with the same record company my whole career. I signed with them in 1980, and I’ve been here longer than any of ‘em.”

Enjoy some additional highlights from the 2017 ACM Honors below!

Toby Keith playing one of his classics.

Share this with other country music fans and don’t forget to catch the broadcast!