2016 CMA Awards Opening Will Bring Tears to Your Eyes [Video] 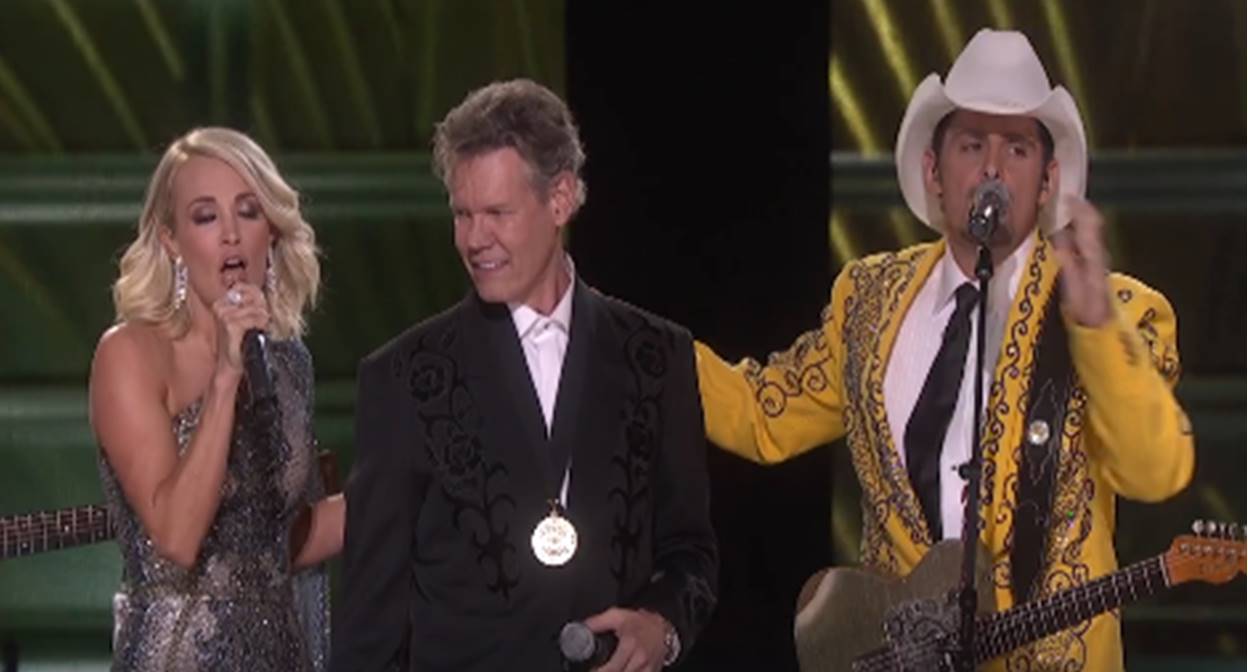 2016 CMA Awards opening will be remembered for a long, long time. Watch the best moment here!

A medley of twelve of country music’s most beloved and timeless songs were performed by a series of top artists to kick off the 50th annual CMA Awards ceremony.

Enjoy the most moving part of the performance below!

Yes, Randy Travis was on stage nestled between Carrie Underwood and Brad Paisley as they helped belt out his hit “Forever and Ever, Amen.”

The icon, who suffered a near fatal stroke in 2013, was the grand finale of the medley and bravely sang the very last lines of the song. Of course, the audience went wild with emotion.

Share this big moment with other country music fans!