10 Fun Facts About The Band Perry

Between three siblings, there are plenty of fun facts about The Band Perry. Check out the most interesting facts about TBP below!

1. Kimberly Perry was married to a professional athlete. In the summer of 2014, she tied the knot with MLB catcher J. P. Arencibia after an 8 month engagement. Her husband spent most of his professional career with the Toronto Blue Jays and the Texas Rangers. However, Arencibia announced his retirement from the MLB in January of 2017. How did they meet? Arencibia saw the music video for “If I Die Young.” Then, he asked his friend to set up a meeting between him and Kimberly. The two met up and traded phone numbers after one of her shows.  Kimberly Perry announced the end of her marriage to former professional baseball player J.P. Arencibia on social media in 2018 stating, “Yes, sadly it’s true, my marriage has come to an end,” Perry wrote. “I know that beauty will come from these ashes and as always, I want to thank you all for your love and support. I’ll be in touch soon.”

2. Kimberly Perry’s first song was about a rabbit. Her pet rabbit, Beatrice, died when Kimberly was only 8 years old. She was devastated. Kimberly wrote her first song, “Bunny Rabbits Are Nice.”

3. Neil and Reid used to open for their big sister’s solo shows. Before the trio of siblings united their act, Neil and Reid performed as a duo. The younger brothers would be the openers for Kimberly’s performances.

4. They planned to release a Pop album in 2017. The album was named, My Bad Imagination. Although the band promoted the album they did not end up releasing the album.  In Pop music genre, they released,”Stay In The Dark,” a song that was supposed to appear on the new album.  The Band Perry is using songs from My Bad Imagination in their concerts.  My Bad Imagination album was never released making Coordinates (discussed below) their first multi-song release since Pioneer in 2013.

5. The siblings participated on Family Feud in July of 2016. On July 24, Steve Harvey and Family Feud hosted a celebrity episode. The Band Perry cruised to the Fast Money round. In the Fast Money round, Kimberly Perry got the maximum score. The trio donated all of their earnings to Teen Cancer America.  6.  The Band Perry released a 5 song EP “Coordinates” in September 21, 2018.  The sibling trio moved away from their traditional country and brief pop sound for this project that is electronic and produced by Rick Rubin. 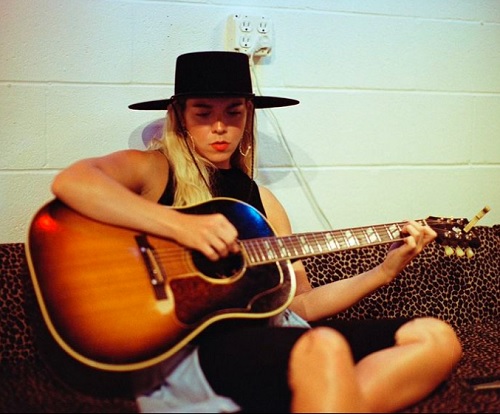 9.  Neil Perry is the youngest and was born July 23, 1990 and is now 31 years old.  10.  The Band Perry has released two studio albums and thirteen singles with three songs reaching #1 on the Billboard Country Music charts.

Be sure to share this post with other fans of The Band Perry!  It will be interesting to see if the Band ever returns to their Country Music roots.