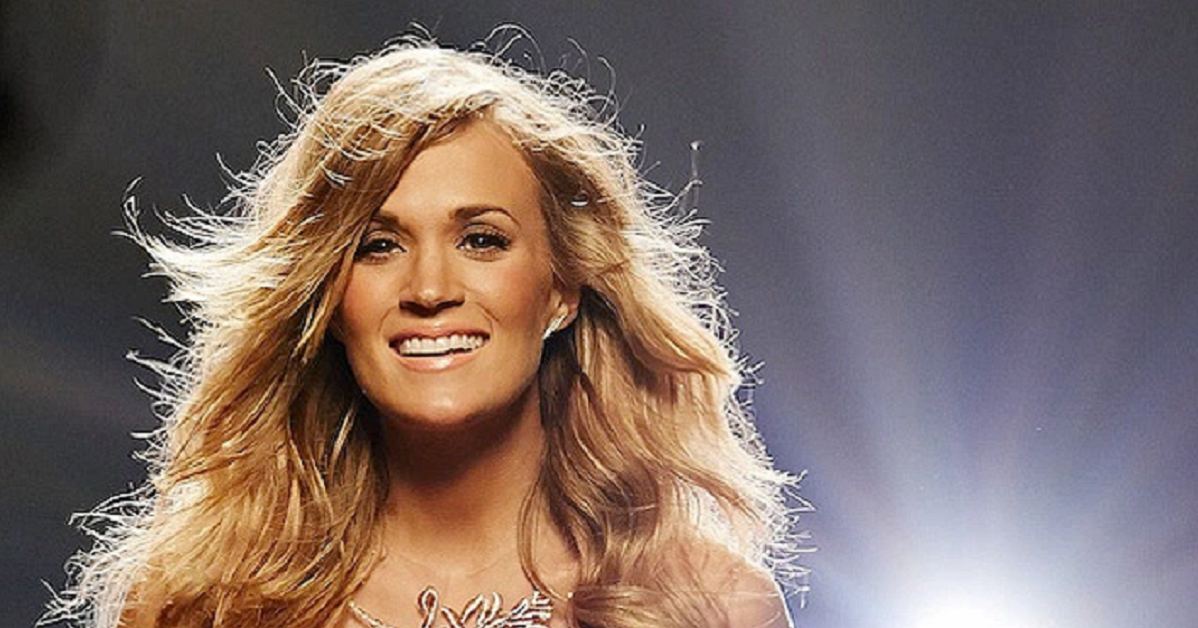 Watch this list of the top 12 Carrie Underwood music videos ranked by our team.

It is a difficult undertaking to rank the 12 Best Carrie Underwood videos of all time.  The country superstar has released a wide variety of highly successful music videos in her storied Country Music career.   Here is a list of our staff favorites of Carrie’s Official Music videos ranked from #12 to #1.  We excluded duet performances and live performances from this list and focused on Official Music videos that Carrie Underwood released.  Enjoy this top 12 countdown. . .

This is an emotional video released in 2018 as the title track to her album.  Carrie stated about the song, “”The title refers to when emotions take over and you just can’t hold them back. It really speaks to a lot of things that have happened in the past year and I hope when you hear it, you can relate those feelings to those times in your life. It’s emotional. It’s real. And it rocks”!

This is an uplifting and positive message for the current world.  The song was released in 2018 as a track on her “Cry Pretty” album.

The music video was before it’s time in quality for the 2008 timeframe.   You have to love a Carrie Underwood video as a mean mama with a baseball bat breaking windows and denting trucks.  This song is a Country classic demonstrating how to handle a cheating man.  The music video goes well beyond digging a key along the pick-up truck as the truck is pretty much a wreck by the end of the video.   This song helped Carrie Underwood become a household name and crossed over to be a hit on both the Country music and pop charts.  Before He Cheats music video has 99M views making it a fan favorite.

Temporary Home is a touching music video showing the life of a foster home boy.  The music video does a great job of bringing the story of the song to life and is all about overcoming adversity and moving on with life despite the challenges and hurdles.   This song is a spiritual song that was inspired by the book The Purpose Driven Life by Pastor Rick Warren, who wrote that this world is a “temporary home” and that when we leave here, it is not the end of existence.  Carrie was inspired by this book and started collaborating with song writers to complete the lyrics.  Temporary Home music video has 35M views.

Just a Dream is a classic throw back video featuring old cars and vintage hairstyles.  The music video brings the song lyrics to life and tells the story of a dream wedding and what begins as a dreamy relationship with a military man and then the loss one suffers when a military man leaves for conflict and does not return.  This music video starts as a wedding and ends up being a funeral and what starts out happy ends up sad.  Just a Dream has over 76M views.

Mama’s song is a favorite as it actually features Carrie’s mom (Carole) and her husband (Mike Fisher).  The song and video is a touching tribute to mothers.  Mom watches the journey of a child’s life as here daughter gets married, finds the right man, and creates a successful and worry free life.  This is a happy video about finding true love and moving away from mom.  Mama’s Song has 43M views.

This music video features Carrie driving a black 1964 Cadillac through the countryside.  In another scene, two women are shown attending a funeral without any emotion. Carrie’s car is in a dark alleyway with the cheating husband in its headlights. The video ends with the car running over the man and repairing itself.  The music video was inspired by Stephen King’s novel Christine where a vintage auto is possessed by supernatural powers.   The music video has 32M views.

Carrie Underwood’s “Last Name” music video tells the story of what happened prior to the notorious “Before He Cheats” video.  The tune is about “one wild night out” scored the songstress her third consecutive Grammy Award for ‘Best Female Country Vocal Performance.’  The music video shows the Wild Side.

This song became a crossover hit reaching #1 on the Billboard Hot Country songs and #4 on the Billboard Hot Christian Songs chart.  The song tells the story of a woman seeking help from Jesus in an emergency and letting Jesus take control of her situation and her life.  “Jesus, Take the Wheel” won Grammys for Best Female Country Vocal Performance and Best Country Song, and it won Single of the Year at the 2005 Academy of Country Music Awards. The song ranked number four on CMT’s 40 Greatest Songs of the Decade.  The music video has 51M views.

Blown Away became Carrie’s 13th number one hit on the Billboard Country Airplay chart, and also reached number 20 on the Hot 100. It also charted in Canada and the United Kingdom. It won several awards, including two Grammy Awards, for ‘Best Country Song’ and ‘Best Country Solo Performance.’  The music video directed by Randee St. Nicholas can be describes as a ‘dark version of the American classic Wizard of Oz.’   The music video has 40M Views.

This song hit #1 on the Hot Country Songs chart and won several awards including: Top Christian Song – Billboard Music Awards, Video of the Year and Female Video of the Year  at the CMT Music Awards, and Best Country Solo Performance at the Grammy Awards.  In this epic music video, Carrie performed with dancers from the Shaping Sound dance academy and “required 16 choir members, 12 dancers, three costume changes and a custom-built tank of recycled water to create the dance spectacle.   “‘Something in the Water’ is so inspirational,” she shared.  “It’s joyous! I can’t help but smile when I hear it. I hope it has the same effect on everyone who listens to it.”  “It’s an uplifting song about changing your life and having that ‘aha moment’ to waking up and your life being different from that moment forward,” Carrie Underwood said.  Something in The Water Music video already has 26M views.

Carrie Underwood has delivered so many great music videos across her career.  Which music video is your personal favorite?