The Meaning Behind Jake Owen’s “Alone With You” 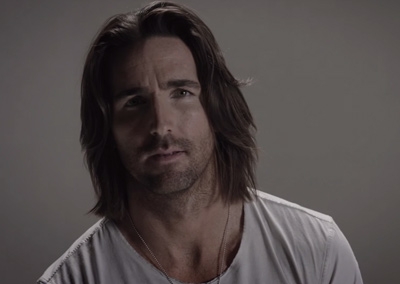 Jake Owen released “Alone With You” in October of 2011, as the second single from his Barefoot Blue Jean Night album.

Jake Owen‘s “Alone With You” was written by Shane McAnally, Catt Gravitt and JT Harding and they originally intended for a female artist to pick up the song. The Boot caught up with them recently and each of the writers shared their thoughts behind Jake Owen‘s hit song.

“I had just read a book called Running With Scissors [by Augusten Burroughs]. I thought that would be a cool song lyric and that it would be a metaphor for being in a relationship that was bad for you. Ultimately, we wrote the line ‘You’ve got me running with scissors down the hall / And I know it could kill me if I fall.’ We ended up with a different hook line in ‘I can’t be alone with you.’” recalls Shane McAnally.

Shane continues “When Jake went in to put his final vocal on the track, he didn’t feel like that line was true to who he was and wasn’t comfortable singing it. So JT, Catt and I came up with a few options that cleared up the metaphor and sounded a little more believable, the best being ‘You’ve got me out on the edge every time you call / And I know it would kill me if I fall.’ I think Jake made the right choice. He sings it with such conviction that the line is even more powerful than before. It’s just ironic that the line we based the whole song on is the line that got “cut.” No pun intended.”

JT Harding remembers “Two things stand out to me about writing ‘Alone With You.’ First, the three of us got together, and Shane started playing the guitar intro just like you hear it now on the radio. It sounded so cool and yet sad at the same time. I started singing words off the top of my head, and lyrics literally gushed out about a romantic mess I had gotten myself into. Shane jumped right in with great words about his own past messes. [Laughs]”

“Around Nashville, some people thought a girl should sing this song, but I knew if a dude sang it, it would be huge because it’s a bit vulnerable. Shane was writing songs with Jake, and they talked about ‘Alone With You,’ and Jake decided to cut it. I couldn’t be happier. Jake and his producers Joey Moi and Rodney Clawson knocked it out of the park.” Harding says.

Catt Gravitt adds “It should be illegal to have this much fun in a writing appointment! I remember laughing so hard with JT and Shane and loving what we had when we walked out of the room. Fast forward: I remember being on an airplane and walking down the aisle and seeing Blake Shelton‘s tour manager, and Jake Owen was sitting next to him, and he introduced me. Jake said, ‘Would you like to hear how your song turned out?’ Sometimes we write a song, it gets recorded, and we don’t get to hear it until it’s on the shelf at Target or Walmart. But what a fun way to hear it — 30,000 feet in the air on Jake’s computer! It was amazing, and he’s a sweetheart.”