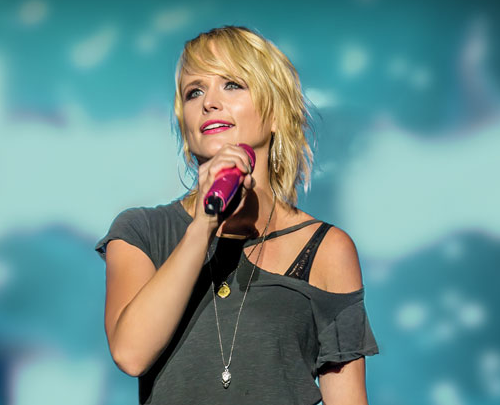 The Miranda Lambert 2016 tour has been officially announced. She is hitting the road with the announced "Keeper Of The Flame" tour. Kip Moore and Brothers Osborne will join Miranda Lambert as the opening act. During the summer she'll meet up with Kenny Chesney as part of his 2016 "Spread The Love" tour, playing at some large stadiums and ballparks.

Miranda Lambert, the current CMA and ACM Female Vocalist of the Year, is going big in 2016.    For the first time she will travel oversees to perform for her international fans.  Tour dates include London in the UK on March 11th, Dublin in Ireland on March 12th, and finally Glasgow in Scotland on March 13th as part of the Country to Country Festival 2016.

We can likely expect some new music from Miranda Lambert as well.  It’s known that Miranda has been writing a lot lately, plus it’s very common for artists to release new music along with a major tour.  As a sneak peak to fans, Miranda debuted a new song titled “Scars” at Nashville’s City Winery on January 20th.  It was written by Scotty Wray about 16 years ago.  However, Miranda never felt like she could sing it until now.  She says, “It’s something you have sell and really feel and really live, and go through sh***t to execute on a song like that.”  It looks like now is the time for the song to be released.  Miranda hopes to put it on a record in the future.

Here is a sneak peak of the new song “Scars”:

Below are the locations for the “Keeper of the Flame” tour. For more info visit Miranda Lambert‘s tour page for the latest dates, schedule and announcements.