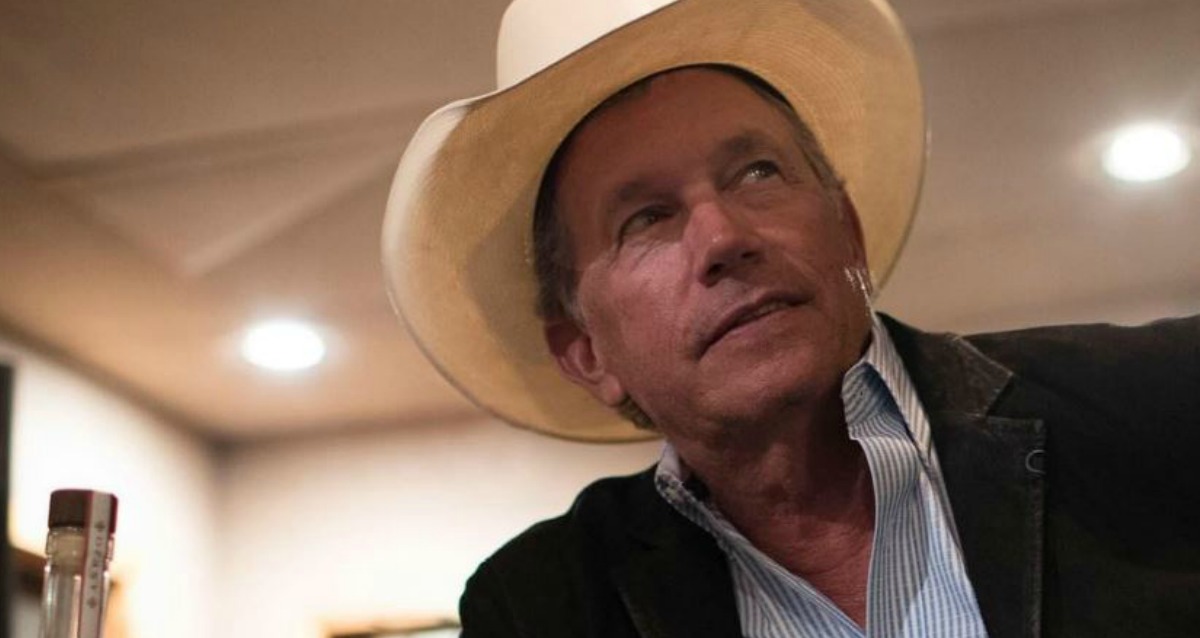 Check out these George Strait Facts and discover something new about the King of Country Music.  George achieved legendary status in country music with 60 number-one country music hits.  George has more number one songs than any other artist in any genre of music.  He is also a rare country singer that is a real Texas rancher and cowboy.  Check out this listing of interesting facts about George Strait and see if you learn something new.

1. When Strait isn’t wearing his cowboy hat, he often goes unrecognized in public.

A woman in Key West walked up to a shirtless Strait as he sat outside of a recording studio and spoke to him. She said, “My husband says that George Strait is in there, cutting a record, and I told him that can’t be true. Why would he cut a record in this little place?”

Strait said to the woman: “Honey, I was just in there, and I didn’t see him.”

3. George Strait has had eighty-six singles become Top 10 Hits on Billboard’s country charts, and 60 have gone to No. 1 including 44 on Billboard’s Country Music charts and 16 on the Mediabase charts.

4. George Strait prefers to not tell his own story in his songs.

“I don’t think there’s anything autobiographical about my material, unless it’s subconsciously,” Strait said. “I just look for a song I like, and when I hear it I know it right away.”

5. George Strait’s 13-year-old daughter (Jenifer Strait) passed away in a car accident in 1986.

“I just kind of shut down,” he says. “I just didn’t feel like talking about it, so I quit doing interviews.” In 1988, he released a sad song called “Baby Blue” which was dedicated to his daughter.

6. When Strait plays in Las Vegas he flies in on a plane he owns and stays at “The Mansion”, a semi private hotel hidden next to the MGM Grand.

7. When Strait started out he was seen as a sex-symbol and used to have to donate all the flowers that women gave him to local hospitals because he had no room for them on his tour bus.

8. “Unwound” was originally pitched to Johnny Paycheck, before George Strait decided to record it.

“He was in jail, so they gave it to me” Strait recalls.

9. Strait started the George Strait Team Roping Classic in 1982 which he judges every year. It is the only event Strait makes a yearly appearance at, usually arriving on horseback.

10. Since 1981, Strait has been recording for the same label, MCA Nashville, outlasting virtually all the executives and fellow artists.

11.  George Strait made his Grand Ole Opry debut in 1982 and is not a member.  George has turned down Opry membership as he does not want to have to travel to Nashville to perform.  George Strait was on the Opry Saturday October 9, 1982  and that appears to have been the only time he was on the Opry.  Willie Nelson also gave up his Opry membership when he moved back to Texas in 1972.

12.  The George Strait “Check Yes or No” song was one of his 60 #1 country music hits. This song was released in September 1995 as the lead single from his box set Strait Out of the Box. It peaked at number-one on both the U.S. Billboard country chart and the Canadian RPM country chart.

There you have it! Check out a classic #1 country song from George Strait below!

“Share” these George Strait facts with other Country Music fans!